First of all, welcome to 2017. 2016 was an interesting year for me in many ways and a really positive experience, I hope the same can be said for all of my readers. I'm writing this from my apartment in Bogota, Colombia as I begin Month #8 of Remote Year - Darién.

When I think about last year and what sort of theme it represented in my life, I can only categorize it with the term “Discovery”. This last year I had started a new job, I had started remote working full-time for the first time, I had learned a new programming language, operating environment, and industry. In that mix, I also decided it'd be the perfect time to travel the world and meet a whole bunch of new people in places I'd never been before. In short, last year was largely about discovering the world, seeing things in a new light, and through that lens also discovering things about myself.

As we now enter 2017, I think that the theme of discovery will continue, but a new theme is rising as well. My predominant focus for 2017 is going to be “Improvement”. How can I make myself a better person? How can I be healthier? How can I be more cultured? How can I form deeper relationships with those people whom have been important to my life? How can I ensure that I excel in my job and career? How can I improve my photography? I'm stating these as questions, although a plan is already forming in my mind on how to do all of these things. In the same mold as my previous cycles of self-improvement, I'm going to take things slowly as they happen, but make choices that lead me down a natural progression of getting better.

Valencia, Spain and My Health

Valencia turned out to be my favorite city we visited in Europe. Part of that might be because I stayed in Valencia 52 days, almost two months, which gave me the opportunity to really get to know the city. By the time we had left, I had locals I had formed solid relationships with, regular hangout spots where people knew me, and I could navigate through back alleyway shortcuts all over the main parts of the city on foot with ease. In short, in a lot of ways, from the moment I stepped off the plane to my last day in the city, Valencia felt like home in a way no other city had, it called to the spirit of me in its celebration of life and art in ways which I admire and also in ways in which I use myself.

My time in Morocco leading up to my early departure was interesting, and I'd love to revisit Morocco at some point in the future if its possible. Unfortunately the respiratory illness I'd gotten in Lisbon had worsened while I was staying in Morocco because of the high amount of particulates in the air and the generally low air quality. After arriving in Spain my health improved considerably and the bulk of my time there I was healthy and happy. Unfortunately my last few weeks in Spain I got sick again with some sort of stomach issue, this time necessitating a stay in the hospital. While I had already planned to return to the US briefly to do a luggage/gear swap before continuing my journey, this necessitated a longer stay in the US, which leads me into the next part of my update.

My journey from Valencia, Spain to San Antonio, Texas was mostly uneventful. I did meet a little grey furry friend in the KLM Lounge in Amsterdam Schipol airport, as it appears mice also love the fantastic cheese in the Netherlands, and once I arrived in Detroit for my re-entrance into the US I discovered my luggage tags had been stolen off my checked luggage for some odd reason. Why stolen and not lost? It was off both bags, it was specifically the tag with my business card in it, not the tag which is traceable. And the tags were attached strongly with a stainless steel braided cable. The tag that remained had a thinner, less strong attachment but remained. Anyway, the flight was great. I highly recommend getting Business Class or First Class on Delta for international trips between the US and abroad, because Delta One was awesome and the price was much better than other good arrangements (Singapore Airlines, Emirates, etc.). It definitely made the experience of packing 26 hours on the clock into 12 hours of travel much more palatable.

While I was in San Antonio I saw a gastroenterologist and an ENT to follow-up on my hospitalization in Spain. I had a bunch of tests done, some of which required me to be put under general anesthesia. I was determined to find out what it was that was causing my stomach issues and get cleared to travel again. Long story short, the doctors were unable to find anything physiological that could be causing my problems beyond the GERD I already knew I had. Their assessment was that my problems were caused by anxiety. This is possible, as I've written about my social anxiety issues before and clearly this year of discovery has put me into many new and unique situations. That said, I am not giving up and since I was cleared to travel I decided to get back in the air.

I want to give a shout-out to my friends in San Antonio for inviting me into their holiday celebrations while I was visiting. I originally tried to make my way to Colorado to join my family there, but the weather in Denver made it impossible to get through, so I had to resign myself to being alone. Thankfully I received generous invitations from the families of two of my friends, and was able to accept both. Harry, Tambra, Ben, Kristin, and Jon thank you so much for letting me join you for the holidays!

For those of you not in the know, in my last two weeks in Spain I had started looking into the online dating scene in San Antonio again, as I knew I was going to be back. I wasn't really looking for anything serious, just someone who could join me for good conversation over good food and excellent beer or wine. I ended up meeting a woman who was beautiful, intelligent, matched me in wits, and interested in many of the same things I am. Things worked out well for the two of us and it was a really nice time all around I think. With the closing of the month though, I was back on the road and headed for Bogota, where I am now. If everything works out, perhaps we can pick things up where we left off when I return to the US, but in the meantime I have not yet finished my journey of discovery.

I received my final round of vaccinations right before I left for Colombia and I've now had about every shot you can get it seems like. As part of prep for South America I cut my gear down to two carry-on bags (backpack + rolling carry-on) instead of the 3 bags including 29” checked bag I had before. After my experiences in Europe I quickly learned to ditch my cotton underwear, undershirts, and socks. These are weighty, take a long time to dry after washing, and are unpleasant if you have to wear them multiple days. Without further ado, I present the packing list:

Another note from my gear update is I've jumped on the Tile bandwagon for tracking my luggage, backpack, briefcase, keys, etc. This is partly because I didn't have a solution before and I needed on and partly because my luggage tags got stolen in Detroit and I wanted something more. I am still tagging with DynoTag too, but the Tile adds a little extra peace of mind.

One of the bags I left behind was my Pelican case with all my DSLR photography gear. Instead I have purchased a Sony DSC-RX100 Mark V point-n-shoot camera. It shoots in RAW, it has the same sensor size as my DX body DSLR camera, it has a lens that operates within the primary range I was working anyway (28mm and 50mm primes), and to top it off it's tiny so it fits in my backpack without taking up much room. This is a bit of a departure from what you might expect, but I realized most of my best photos were taken with my 50mm f/1.8 lens, and really carrying all that stuff around was just a liability.

On that note though, while I was back in Texas I had some photo prints made at 16x24 size, and they came out fantastic. Two will be framed, three were given away as gifts. One of the photos I had printed I am planning to enter into some photo contests shortly. To date I believe it's the best composition piece I've ever done and it's an all around fantastic photo. It's on my Flickr and embedded below. 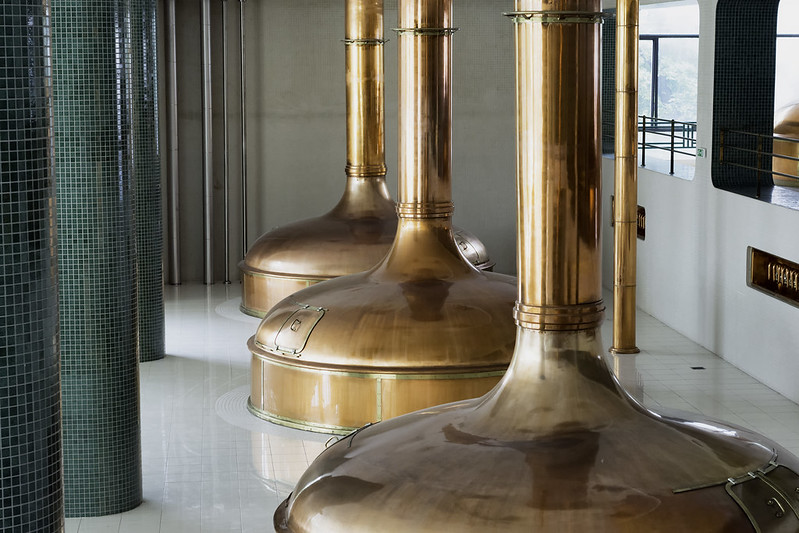 That's it for this update. I'm still enjoying bouncing around the world. I'm going to be visting Lima, Peru for a week this month, then on to Medellin from Bogota, back to Lima for awhile, and then I'm headed to Valparaiso, Chile to check out the apparently amazing street art scene there before I rejoin the group in Cordoba, Argentina. I'll endeavour to do better updates, but I'm so busy discovering new things and experiencing this when I'm not working to write much these days. Sorry for my lack of updates thus far.

Till next time, Cheers!