I apologize for how belated this trip report is. Several people have been clamoring for a more complete write-up of the trip than I gave on Facebook. We’ll start with the beer and end with some interesting photos and a story about one forlorn Camaro and a fragmented wild turkey.

During the course of my trip, myself and my buddy Jon Kelley managed to hit several breweries and get t-shirts from the tourism folks in Grand Rapids, which apparently styles itself as “Beer City”.

Obviously we spent most of our time in Grand Rapids, since that’s where we flew in and stayed, however our experience was that the Traverse City area breweries were incredibly good and other than a few standouts (Bell’s, Perrin, B.O.B. and Vivant), they were much better than anyone in Grand Rapids Metro.

If you haven’t yet, you’re welcome to connect with me on Untappd to more closely follow my beer adventures and get ratings of breweries and brews.

Photos and the Camaro Story

So Michigan was beautiful, despite experiencing three seasons in our first four days in the state. I got tons of photos, but the most interesting ones are probably those related to the Camaro story. Long story short, we had a rental Camaro, which we were road-tripping around the state in. We spent the night in Traverse City and during the following afternoon were on our way back to Grand Rapids the day before our flight back. On US-131 Southbound near Belmont, MI we encountered a wild turkey which was chilling in the right lane as I was passing a truck pulling a trailer. The turkey seemed confused, never entered the left lane where we were, and then suddenly jumped and flew directly at us and through our windshield. Fun tidbit, the rental Camaro came equipped with On-Star which is supposed to activate in the event of an accident, except the turkey had the perfect ballistic trajectory to utterly destroy the On-Star system as it came through the windshield. Pieces of the On-Star system were all over the backseat mixed with the turkey gibbets. We of course were covered in glass and feathers. Luckily I saw it happening and it was like slow-mo. I applied the brakes and center-lined the turkey or it would have gone through on the passenger side. I kept control of the vehicle and got us stopped on the shoulder with our flashers on. No serious injuries, just a banged up Camaro and a very dead and stupid turkey. 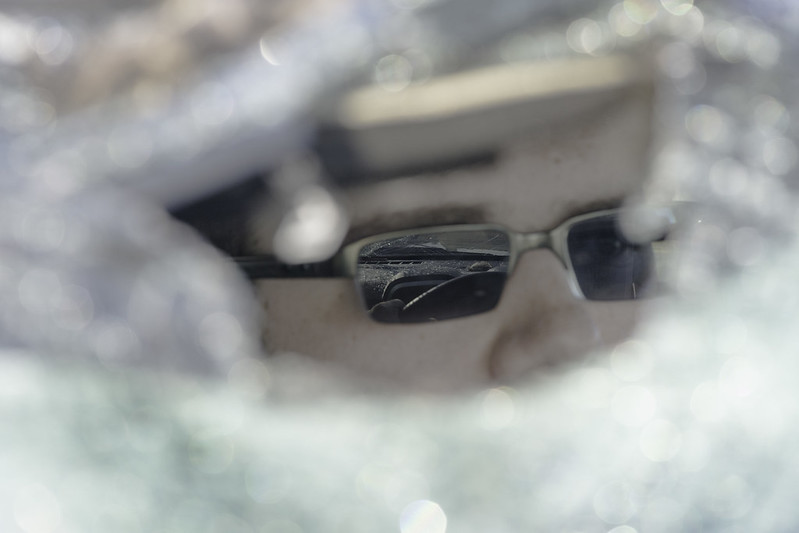 I liked this one, Jon took this photo of me shortly after the accident with my camera capturing my shock in the reflection of my sunglasses.

Apparently in Michigan the state troopers drive cars that look like the TARDIS from Dr. Who. I’m not really sure how they expect to be taken seriously driving these things, but I do have to give them props for being very professional, courteous, and helpful after the accident. 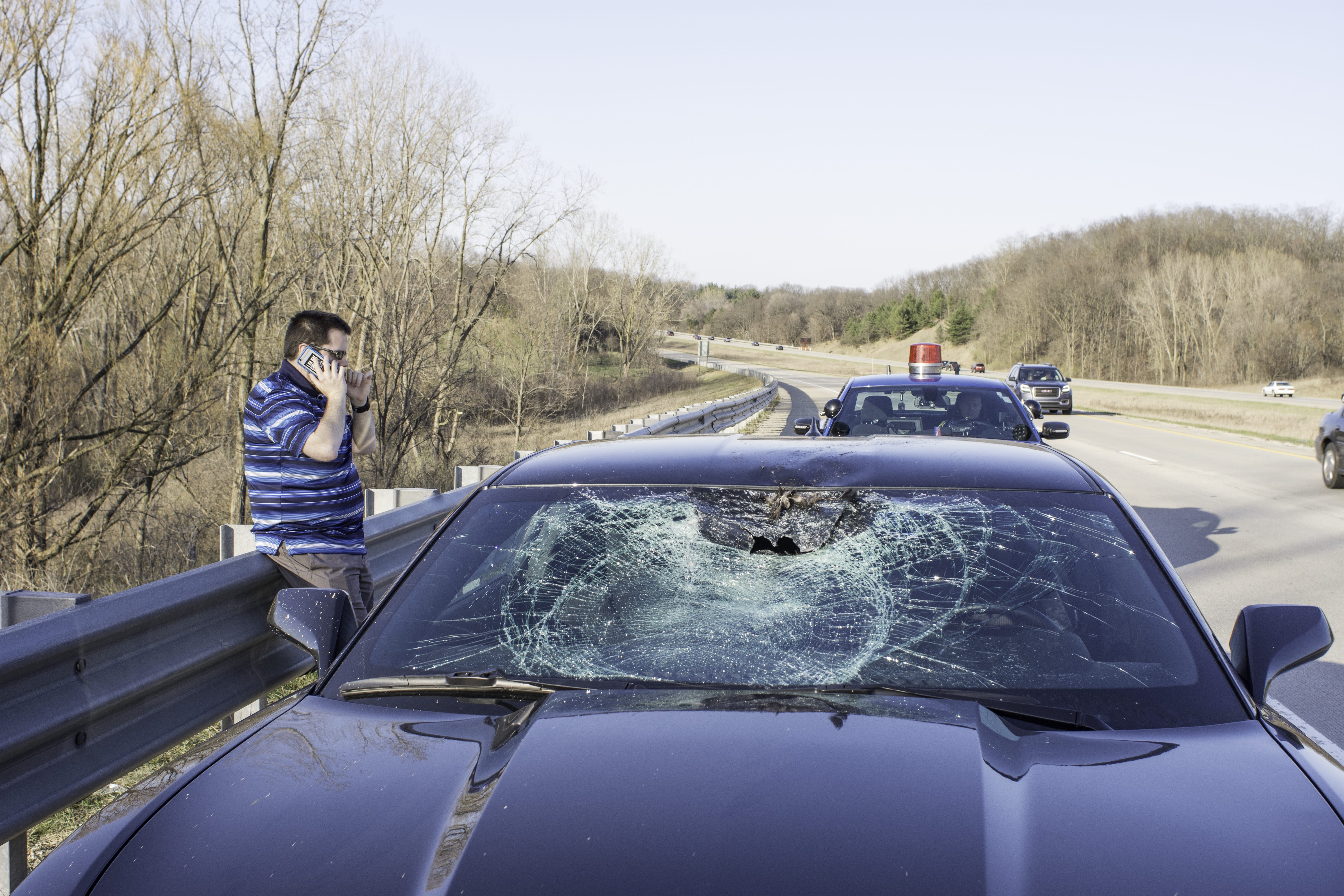 Everybody was super cool at the rental car company, the tow company, the insurance company, everyone. It was honestly not that bad of an experience considering. Apparently turkey strikes are a common occurrence in Michigan, although its not something that we ever really hear about down here in Texas. The trooper that took down my report told me that I was the third turkey strike that week, and both the rental company mechanic and the tow truck driver told me they’d seen several too. In the end, they set me up with a newer, better, redder Camaro to finish out my trip which I was happy to return in good condition. 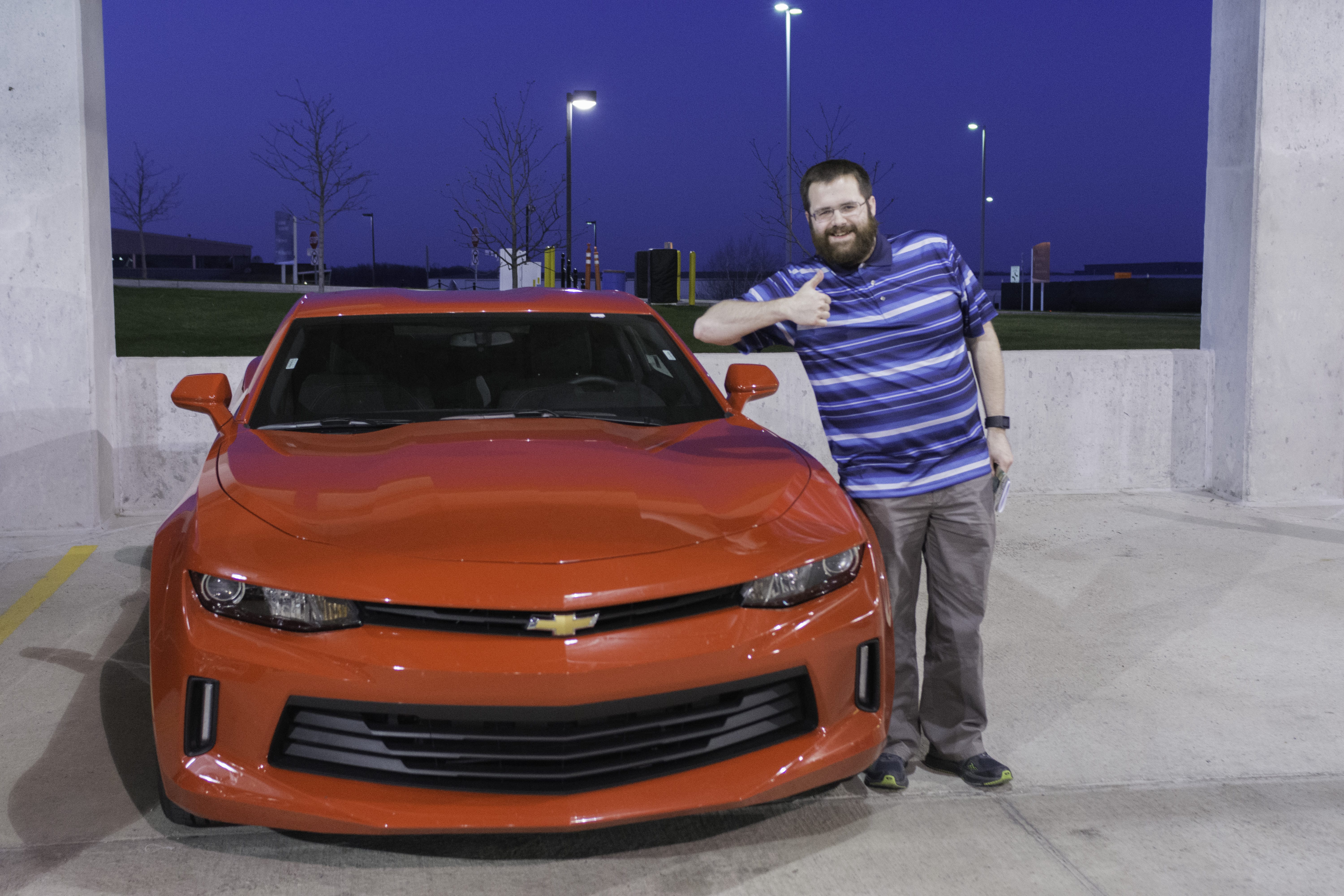 As always, I’m far behind on post-processing of my photos. I took several good ones while in Michigan, and I have to say I love this new 300mm f/4E PF lens. Here’s one of a Ring-Billed Gull that we saw near Sleeping Bear Dunes that I think I captured some great detail on. 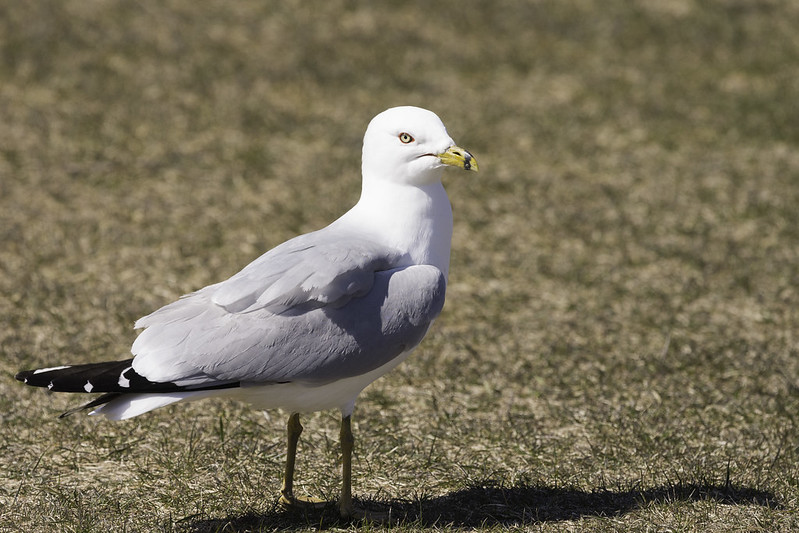 That’s pretty much all folks. I need to get cracking on writing more articles here that I’ve promised, especially the technical articles. I’ll try to work on some of them this week and get them out. Have a busy week ahead of me though.